Slot machine manager steals $9.000 from a casino in Louisiana 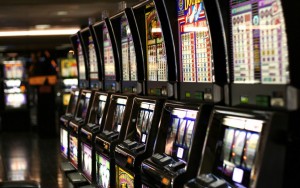 It is the first time since gambling was legalized in Louisiana that an employee has been arrested for theft!

Unprecedented incident occurred in Sam’s Town Hotel & Casino in Shreveport on Friday when an upper-level casino manager Frank Leeper of Haughton was arrested for stealing $3.000 from his employers.

As reported by the Republic, the 45-year-old director of slot machines stole the money on several occasions by creating fraudulent payouts.

Casino Officials contacted the State Police Gambling Enforcement Division after discovering that Leeper has been stealing money at his work place and State Police Col. Mike Edmonson reports this was the first time since gambling was legalized in Louisiana that an employee was arrested for stealing from a casino.

“This arrest by Gaming Enforcement Troopers is believed to be the first arrest of a “key employee” within the gaming industry hierarchy in the state Louisiana. “

“The trust that the public places in us to ensure a fair gaming experience is not something we take lightly”, Edmonson was quoted.

State Trooper have investigated and questioned Leeper when he arrived at work on Friday, and the police reveal that the slot machine manager confessed to his thefts.

Frank Leeper was released from the Caddo Perish jail on $5.000 bail, but could not be reached to a comment.