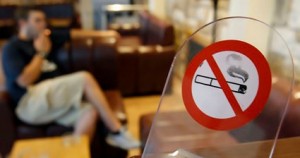 The law banning smoking in enclosed public spaces is set to be put in action and casino industry could be strongly affected by its implementation starting 16 March.

Smoking has already been banned in Romanian state institutions, schools and hospital despite the fact that the country has failed to pass an anti-smoking bill since 2011.

In addition to banning smoking in indoor public spaces, restaurants, bars, workplaces, the new law that has been voted by the parliament’s lower house last December also prohibits the sale of tobacco products in private and state-owned health and education establishments.

The law allows two exceptions, however.

Maximum security prisons and special rooms in transit areas inside airports. Establishments which were caught breaking the non-smoking rules might end up losing their licences.

As for the casino industry, it is believed that the new law could have serious effect the business.

The Wall-street.ro reports that smoking has led to a drop of 30-40% in casino revenues in other European countries and the Slot Organizers Association ROMSLOT fears that the ban would also affect the revenue casino industry pays to the Romanian government.

The gambling industry contributes €600 million a year to the state budget and it is feared that number could suffer a slump following the new anti-smoking law.

ROMSLOT general manager Violeta Radoi argues that in countries such as Austria, Belgium and Sweden smoking ban is not applied to gambling halls and she is confident similar solutions can be implemented in Romania as well.