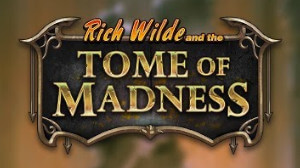 The leading online games developer Play'n GO has recently expanded its offering by launching a new addition to the popular Rich Wilde series.

Titled Rich Wilde and The Tome of Madness, this fresh release brings a familiar face to the reels following the success of his previous adventures – Pearls of India, Aztec Idols and Book of Dead.

The success of Rich Wilde meant it was only a matter of time before another Play'n GO's game featuring this character hit the market.

Rich Wilde and The Tome of Madness will take the daredevil explorer on a Lovecraftian adventure of epic proportions, as he gets ready to embark on a perilous quest to find the Tome of Madness and unearth the secrets of the Cult of Cthulhu.

The launch of the new Rich Wilde game came shortly after the renowned developer picked up a prestigious industry award at this year's EGR B2B Awards, where it was named Mobile Supplier of the Year. Play'n GO won this award for the fourth time in the last five years, which demonstrates the company's dominance when it comes to mobile.

A Valuable Addition to the Portfolio

Commenting on the launch of the new game, Johan Törnqvist, Chief Executive Officer at Play'n GO said it had always been in the plans to bring back a character as popular as Rich Wilde.

He added that players loved Rich Wilde and his games, so it had just been a case of finding the right adventure for him to go on.

Tornqvist stated that with the company's ambitions for 2019, they had also felt it was a good time to bring him back into the fold and make him a part of what would be their most successful year so far and added he was sure Rich Wilde wasn't finished yet.

Rich Wilde and The Tome of Madness can be played at any online casino powered by Play'n GO.