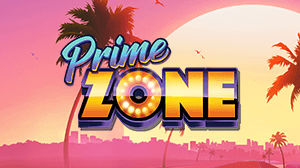 Swedish developer of online casino content Quickspin has announced the launch of the company's latest addition to its portfolio of video slot games.

Titled Prime Zone, the fresh release is Quickspin's eighth title to have hit the market since the beginning of 2019. The newly-launched game promises plenty of excitement in a package containing a stylish theme, modern features and immersive gameplay.

The reels are set against a city scene at night, while the purple sky in the background creates a perfect setting for a fantastic playing experience.

Prime Zone boasts modern game mechanics and an excellent soundtrack, while the result is a thrilling 5-reel 3-row game with 10 paylines and several potentially lucrative features on offer.

Multiplier Wilds can land anywhere on the grid, increasing any winnings by up to 5 times when they do so. The game's Free Spins round can be especially exciting, as it allows players to set their own volatility using the pre-bonus picker, which also includes a mystery Free Spin mode.

All of these gamification tools from the Quickspin Promote catalogue will be at players' disposal from the first day of the launch.

Commenting on the launch of the new game, Erik Gullstrand, Chief Product Officer at Quickspin said Prime Zone was super fun and exciting one-of-a-kind slot for the true casino fans and pointed out the company had wanted to create something truly special for them!

Gullstrand further said that even though Quickspin was releasing a lot of exciting games this year, this one spoke a little bit extra to his gambler soul. He stated his company believed in this game and added they were looking forward to another successful July launch, just like in previous years.

He even suggested Quickspin could organize a Tournament with a summer theme to promote the latest addition to its offering.

He recommended a Free Rounds Tournament, which would give players a chance to try the game for free with the added incentive of winning a much larger prize.

Quickspin's newest game can be played at any online casino powered by the renowned gaming company.