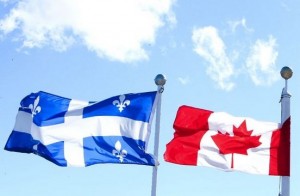 A federal advocacy group Public Interest Advocacy Centre (PIAC) has taken on the Quebec government for its attempt to censor the Internet through Bill 74.

A registered charity that advocates for the protection of consumer rights, PIAC filed an application with the Canadian Radio-television and Telecommunications Commission (CRTC) in objection to a bill that passed earlier this year.

The Bill 74 gives the provincial gambling authority of Loto-Quebec the power to block its online competitors in a move that has been deemed as a threat to Internet freedom and a form of censorship outside the province’s jurisdiction, according to The Globe and Mail.

The federal regulator was asked to declare the law unconstitutional.

“PIAC brought its complaint to the CRTC because Bill 74 violates a long-standing recognition of federal jurisdiction over telecommunications and owing to concerns about what could happen if one province is allowed to order ISPs [Internet service providers] to block certain websites,” Geoff White, external counsel for PIAC, said Tuesday.

The Bill has been defended as being within the provincial powers to regulate gambling and aimed at diverting revenues from “unauthorized” gambling sites to a website run by Loto-Quebec – Espacejeux.

However, the government agency was supposed to create the list of forbidden sites itself which has been described as a serious violation of Internet freedom.