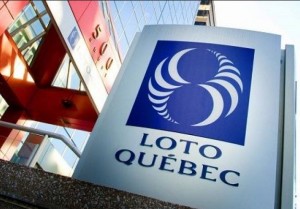 Quebec law-makers are considering a bill that would ban online gambling sites that are not run by the government of this Canadian province according to Global News.

The provision applies to a variety of online gaming sites that currently operate in Quebec as legislators intend to limit residents’ access to unauthorized gambling websites.

The so-called Bill 74 has caused quite a stir in the Canadian province and opponents to this provision have already expressed their concerns that Quebec will no longer have open internet access if the bill is to become a law.

In defence of the bill, Quebec finance minister claims that it is intended to protect residents from illegal gambling sites which expose them to unnecessary risk and promote dishonest gambling practices.

Another reason for introduction of such a bill is the fact that Loto-Quebec has reported a loss in revenue due to online gaming competition and illegal providers. Blocking unauthorized operators would likely have beneficial effect on Loto-Quebec whose dividend increase is expected to go up to $13.5 million in 2016-17 and $27 million a year after.

At the same time, it would prevent young people from accessing gambling sites that do not guarantee a safe gambling environment.

The opponents of the law claim, however, that government could apply a number of different alternatives to put an end to illegal gambling such as going after online payment companies like Pay Pal asking them not to process transactions from such sites.

The opponents of the law say that this bill would be an unprecedented Internet censoring regulation that would block competition. What is more, it would have an impact to the freedom of expression Canada has been vocally supporting.

Should the bill become a law, it would likely be challenged under federal communications law in court.

Representatives of the Internet providers fear that the bill could cost them a lot of money to adhere to new regulations and there are also worries that Bill 74 could encourage other provinces to follow the pattern and impose further restriction to gambling websites.