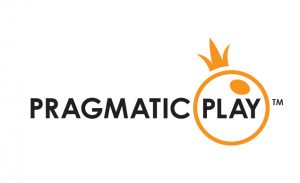 Maltese-based provider of digital casino games, Pragmatic Play, has proudly announced it had obtained a supplier license in the Bahamas.

Pragmatic Play is among the first providers to have received the license of this Caribbean nation, which was awarded by the country's gambling authority, the Gaming Board For The Bahamas.

The new license will open new possibilities for the company, and will undoubtedly help expand its operations globally, along with accessing new consumers.

The Bahamas have become a lucrative gambling market in recent years, with four casinos on the island offering service to a large number of tourists who visit this tropical paradise each year. The country itself consists of more than 700 islands, cays, and islets in the Atlantic Ocean, with the population of around 372,000. Nassau is the capital, largest city, and commercial center of the Bahamas.

Back in April, Pragmatic Play was awarded a remote gambling software license by the United Kingdom Gaming Commission, which effectively saw the company expand its operations and service in the UK market.

Yossy Barzely, Head of business development at Pragmatic Play said the Bahamas license represented another step forward in the company's global strategy to capitalize on the increasing regulation in local markets.

He added this move would allow Pragmatic Play to offer ‘go-to' gaming product from the day one and continue to help its customers increase their revenues.

Headquartered in Malta and with offices in the UK, Gibraltar, Romania, Ukraine, India and the Philippines, Pragmatic Play is one of the fastest growing names in the industry.

The company has an extensive portfolio, consisting of more than 80 slots and table games, available in 20 languages to customers in 78 countries around the globe.