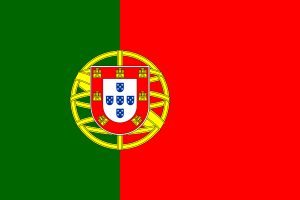 Portugal's online gambling authority, the Serviço de Regulação e Inspeção de Jogos (SRIJ) has released the figures for the second quarter of the year, which shows a drop of 18% in total gambling revenue earned online when compared to the first three months of 2016.

The data revealed by the Portuguese regulator show a substantial fall in gross revenue generated from April to June. The €25.4 million grossed in Q2 is 23.6% less than €31.4 million in Q1.

Numbers Dropping, but With a Good Reason

The figures released came as a shock to the local market, still in development since the first official poker license was issued back in November 2016. The reason behind such dismal result is, on the other hand, very simple.

The first license issued in November of last year to PokerStars is so far the only poker license in Portugal, which effectively means the Isle of Man-based company is the only officially licensed provider of online poker in this country.

Apart from that, Portuguese, Spanish, French and Italian online poker regulations prevent locally based players from competing on international pools. But this is about to change.

By the end of the year or early 2018, these four markets will merge into a single one, thus creating a common liquidity agreement. In practice, this means players will be able to bet against others from these four countries.

Regulators in Spain and France have already begun the application process for interested operators.

The drop in revenue is not the only thing troubling Portuguese operators, who have been struggling with high tax rates over the last ten months.

15% is taken from the first €5 million that an operator earns, while extra 3% is added for every €1 million after that. The taxation limit is 30%.

Many claimed the taxation would influence the young and still unstable online gaming market, but the revenue of €82 million in the first ten months was telling a different story. However, the latest results suggest the initial momentum is starting to slow down.