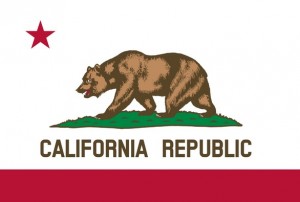 An upsetting rise of illegal gambling has been recorded in residential neighbourhoods in the heart of Orange County in California.

Vietnamese enclave in particular has come under major scrutiny in recent times with a meteoric rise of so-called “slaphouses” due to a local crackdown on arcade games and illegal gambling in Vietnamese coffee houses in 2011.

Ever since the bill banning arcade games from coffee houses had been passes Garden Grove police have detected at least 15 illegal gambling venues in residential areas.

Underground gambling however has roots in diverse communities and can hardly be solely attributed to Vietnamese. Still, gambling is highly popular in Little Saigon with large billboards beckoning players to legitimate casinos in Southern California.

According to reports from Daily Mail, players often try their hands in video poker or blackjack in those slaphouses. However, one of the biggest draws is a six-seater table featuring a video game that gamblers play for money.

Usually set up in rental homes, the slaphouses play host to players around the area whose hands can be heard pounding the video game controls for money and police in this largely suburban county in Southern California have stepped up their efforts to tackle the increasing problem.

The authorities are attempting to dig deeper into this hub of organised crime, but moving gambling to residential neighbourhoods has made it tougher for police to detect suspicious activity and act accordingly as they need a warrant to get into the private property.

A slaphouse usually has at least one person living in the house, providing security. Cash is moved regularly to reduce the risk of theft, and gamblers need a trusted contact to get in.

Gambling is lucrative for gangs because the profits are high and the risk is low compared with drug dealing and fraud, which carry higher penalties.

Police are doing their best to clear the residential areas of illegal activities and are ready to tackle the rise in gambling hubs run by gangs themselves.