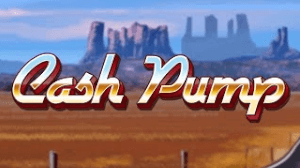 This fresh launch will definitely stand out from other games in the market as it brings an innovative twelve-reel setup!

Four Slots in One

Play'n GO as included four separate grids, each with a 3-reel 3-row layout, displaying a total of 12 reels.

Cash Pump, described by its developer as “four slot machines in one”, features a classic design in combination with modern features, offering 20 active lines to players.

In addition to high volatility and an average return to player (RTP) of 96.86%, this game offers plenty of Wilds and Scatters. The former has the power to substitute for other symbols, helping punters complete additional winning combinations

But that's not all the Wilds can do, as they can duplicate themselves to cover an entire grid. This will happen whenever they completely cover a middle reel, while randomly applied multipliers – going up to 4x – will further boost all winnings.

When it comes to the Scatter symbols, landing one in the middle reel on all four grids at the same time will trigger the Free Spins round, awarding 7 spins in the process. More spins can be added to the count by landing four additional Scatters.

Commenting on the launch of this interesting new game, Johan Tornqvist, Chief Executive Officer at Play'n GO said the developer had promised 40 games into the market this year but pointed out they hadn't compromised on quality. Tornqvist added it would be easy to sit back, relax and release any old title at the moment the year was coming to an end, but stressed that wasn't how Play'n GO operated.

He further said Cash Pump represented another brand-new experience the company was bringing into the market and another example of their dedication to bringing exciting new titles to customers and players all over the world.

You can check out this game at any Play'n GO-powered online casino.