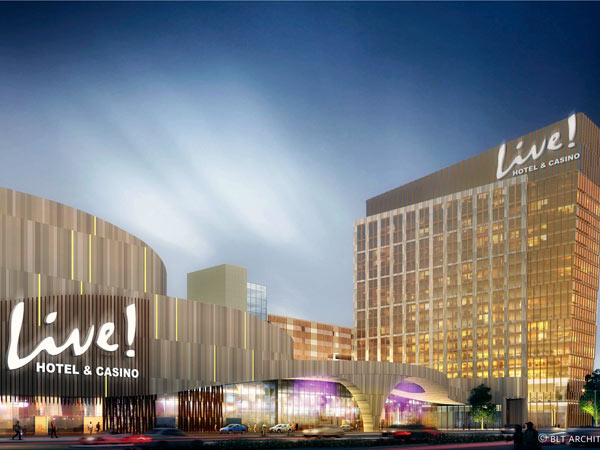 Philly casino is seeing a setback that they didn't anticipate.

Philadelphia has plans on building their second casino in the next year or so. Those involved with this project ran into a zoning snag that needs resolution before any piece of the building is placed. According to the Philadelphia council, Live! Hotel and Casino has insufficient spacing on the floor and would need to make a change in their proposal in order to accommodate zoning codes. This $500 million project is result of a partnership between Cordish Cos, and Greenwood Racing Inc. Both parties being big players in the casino industry already.

In order for this project to move forward the Philadelphia Council must approve all pieces of their proposal. Adjusting building arrangements will ultimately fix the zoning problems but they also have issued with their proposed digital media which exceed zoning limitations as well. Both need proper approval before any construction can be done to the casino. The owners presented their plans and proposal to the city council and was advised of the necessary requirements that needed to be corrected.

This massive projects will be built in the stadium district of Philadelphia and looks to be a high priority project that will allocate nearly $175,000 a year for community projects. This was promised by the owners of the casinos who are moving into the space. They also presume an annual income in the first year of $500,000 with increases every year afterwards. The opportunity for economic growth in the booming city is the most important aspect of this project and the Philadelphia city council has taken the proper action in regulating the building of the casino. The denial of the proposal kills any further production until paperwork is completed and licenses are approved. Although it is a small snag the city looks to be excited about the addition of a new casino.