Philippines President Continues With His Plan By Revoking 124 Gambling Licences 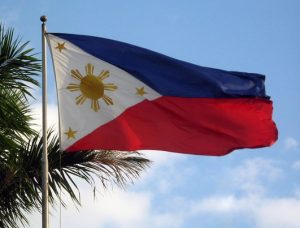 Newly elected president of Philippines Rodrigo Duterte has continued his firm stance on online gambling by revoking more than 100 online licences in his effort to stop internet-based operators serving the Filipino clients.

Earlier last month, Duterte announced during his first cabinet meeting that all gambling activities will be ended as the president claimed too many of his countrymen choose to gamble instead of to work for a living.

The Philippine Amusement and Gaming Corp otherwise known as PAGCOR has already revoked the total of 124 online gaming licenses as Duterte’s order gains force in this country.

PAGCOR stands to lose up to P10 billion as result to license suspensions as the Agency opted against renewing the licenses of 302 eGames and 324 eBingo outlets with no further licences to be issued by the largest contributor to government revenue among all state-owned entities.

Unlike the Asian-facing online gambling sites licensed by the First Cagayan Leisure and Resort Corp under the Cagayan Economic Zone Authority (CEZA), eGames operators are allowed to accept bets from residents of the Philippines and were the first to be struck with president Duterte’s axe.

PAGCOR is continuing with president’s plan as the Agency is scheduled to complete a map of all licensed gaming facilities next week with a particular interest in those close to sensitive areas like schools and churches which only suggests that these outlets will be the next in line to feel the wrath.