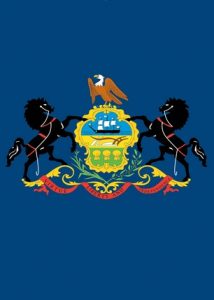 Pennsylvania’s statewide slot machine revenue saw a rise of more than 2% in September, compared to the same month in 2015.

Revenue gathered from Pennsylvania’s 12 casinos reached the amount of $192.1 million which is exactly a 2.4 percent increase, the Pennsylvania Gaming Control Board have announced on their official website on Tuesday.

By fulfilling the objectives of legalised gaming in the Commonwelth, the state regulatory body takes part in delivering a significant source of revenue and providing broad economic opportunities that will enhance and encourage tourist in the state.

According to the latest report issued this week, gross revenue from slot machines exceeded last year’s amount of $187.6 million, while September tax revenue in September of this year was $102.6 million.

The most outstanding increase came from Valley Forge Casino Resort in Montgomery County and it stands at $6.5 million, which accounts for a rise of nearly 11% in slot machine revenue.

While most of the casinos reported a revenue increase, Sands Casino Resort in Bethlehem was the one who suffered a slight decline in their $24.7 million worth revenue.

Tuesday’s report comes a week after the State Supreme Court ruled unconstitutional the local share assessment casinos were required to pay the communities they are located in.

Decision has been halted for four months in order to give the state enough time to come up with a better legislature solution.