Paysafe Shares Go Through the Roof After Recent Takeover Bid 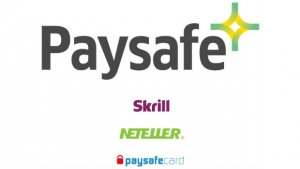 The share in Paysafe, an Isle of Man-based online payments company, recorded a rise in share prices on Friday after two private equity groups made a joint takeover bid.

These are the two largest private equity groups: CVC Capital Partners, headquartered in Luxembourg, and Blackstone, located in New York City. Both firms have over three decades of experience and more than $360 billion worth of assets under management, combined.

The price of Paysafe shares jumped by 8.7% to 589.1p in early trading on the London Stock Exchange, where Paysafe is listed as a constituent of the FTSE 250 Index.

The takeover offer of $3.7 billion is the second one CVC Capital Partners and Blackstone made in the last couple of months. The initial offer was made back in May when the share prices rose to  590p per share, which is 34% higher than the average price during the first six months of this year.

The latest bid was supported by Paysafe's biggest shareholder, Old Mutual, an international investment, savings, insurance, and banking group. London-headquartered Old Mutual has already informed Paysafe through a nonbinding letter saying it will give its full support to the takeover and stating its intention to vote in favour of the offer.

The news of a possible takeover arrived shortly after Paysafe announced the purchase of Delta Card Services. The Houston-based company, who owns Merchants’ Choice Payment Solutions payment processor, was bought for the sum of $470 million.

The all-cash transaction will be supported by a $380 million loan deal financially provided by BMO Capital Markets, Deutsche Bank and other lenders, with the remaining $90 million coming from the company's existing funds.

This acquisition is very important to Paysafe, since Delta Card Services offers card processing services to around 60,000 retail traders in all 50 US states, with $14 billion being processed on a yearly basis.

Paysafe also owns Skrill, Neteller and Paysafecard, which are some of the world's most popular casino payment methods.