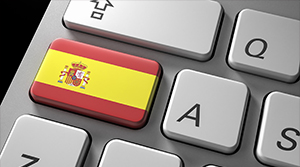 Online Gaming Revenue in Spain Goes up by 31%

According to the data released by the Directorate General for the Regulation of Gambling (DGOJ), online gaming revenues continue to grow in Spain.

These astounding results are achieved thanks to the rise in a number of licenses and from the increasingly popular Live Dealer Roulette.

Gross Gaming Revenue (GGR) saw a rise for all games except cash poker.

The DGOJ's annual review for 2017 shows the board awarded 17 new online licenses, put a ban on 271 illegal websites and issued fines for non-compliance worth €8.2 million during the twelve-month period ending on December 31, 2017.

Poker is the only gaming sector that remained on the familiar, stable level, and its revenues remained almost the same as in the previous years.

More Licenses to Be Awarded in the Future

The number of sports betting licenses has also increased since DGOJ announced it would grant more licenses in future.

Namely, the operators will be given a period of 12 months to submit their applications, which in turn means more companies will be able to get the license and expand their portfolios.

When it comes to the first quarter of 2018, the online gaming revenue decreased to €160 million on a yearly basis.

Sports betting recorded a year-on-year rise of 15.89, but the numbers showed the growth is slowing down.

The online casino rose by a staggering 51.02% on an annual basis, while bingo continued its growth, recording a rise of 29.87%.