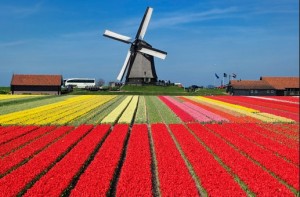 Online operators oriented towards the Dutch players have been hit hard with the new tax proposal, which could see the tax rate go from earlier proposed 20% to as much as 29%.

The authorities in the Netherlands have been searching for the appropriate solution for a while now, but there was slow progress to their efforts to regulate the online gambling system.

In their attempts to find a fair tax rate for both online operators and land-based casinos different options were explored, but the latest development will most certainly be met with discontent in the online community.

The members of the ruling parliamentary coalition have made a couple of amendments to the Remote Gaming Bill in their attempt to unify the gambling taxes and accommodate domestic online casinos.

Suggested rate of 29% would have no effect on land-based operators, but the proposal will most likely send the shockwaves through the online casino world as the online operators were initially supposed to pay taxes of 20%.

The legislators were willing to encourage the online casinos to apply for a licence with the attractive tax rate and it is firmly believed that 29% tax rate will have detrimental effects to the gaming scene in the Netherlands and that it will only help internationally licenced cost competitive operators.

The authorities have however attempted to reassure the online companies of their good intentions and have already presented the calculations which project a reduction of the tax rate three years from now to 25% for all online casinos.

The ruling coalition is yet to set the voting date, which is unlikely to occur in the first quarter of 2016 as it was initially planned.

However, proposed amendments will only contribute to the further delay of the entire process of regulating the industry.