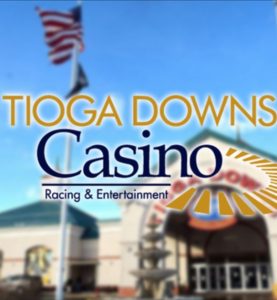 Decision that has been years in the making was finally approved yesterday when New York’s Gaming Commission voted Tuesday to grant Tioga Downs its full casino licence.

The commission made a unanimous 4-0 vote which came after a lengthy selection and investigation procedure Tioga County racino had been submitted to after its owner Jeff Gural sought to upgrade his facility and turn it into a fully-fledged casino.

Having been initially rejected for a licence in 2014, the Southern Tier officials returned with a public campaign against the State to force it into reopening the licence process last year.

It turned out to be an anti-climactic campaign with numerous Southern Tier politicians joining the protests, including now-deceased senator Tom Libous.

Public pressure yielded success to Jeff Gural who finally was able to convince Gov. Andrew Cuomo to urge the Gaming Commission and its Location Board to revisit the issue and open another licence competition.

Following a tumultuous campaign Tioga Downs have finally been granted casino licence and are expected to become operational as early as November with their video-lottery terminals ready to make way for slot machines and table games like blackjack and poker.

Tioga Downs expects a significant rise in visits and in order to accommodate the projected expansion Jeff Gural has already built a new parking garage and restaurant with work on a new hotel due to begin as soon as next week.

Upon its completion, the 32,000-square-foot casino will feature 1,000 slot machines, 5 table games, a poker room and a hotel which require a minimum capital investment of $122.6 million Gural has pledged to spend in order to finalise the facility in the town of Nichols.