OFFICIAL: This is the luckiest town in United Kingdom 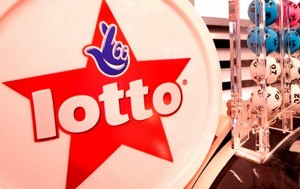 Have you ever wondered if luck had anything to do with geography?

Neither have we, but the connection is apparently there, at least according to Britain’s National Lottery who has pinpointed the exact place where most of the lottery winners come from.

All of you lotto players who haven’t been that lucky up to this point, start packing your bags and move to – Romford.

National Lottery’s senior winner’s advisor Andy Carter has revealed that the administrative centre of the London Borough of Havering has yielded most five-figure lottery winners per head of population since 1994, when National Lottery was established.

The exact figures show that RM postcode has seen one in 951 locals scoop a prize bigger than £50,000 over the period of past 22 years of Lottery’s existence.

Cleveland is second with one win in 984 big winners, while Warrington, Liverpool and Ilford complete the top five luckiest towns in the United Kingdom.

According to Daily Mail, among all big winners from Romford was an elderly lady who bagged a win worth £1 million.

The 69-year-old Vera Webber is a huge Elvis fan, who initially thought she scooped £20,000 from the lucky dip ticket as she spent New Year’s Eve partying with her friends unaware of the huge win until she checked the numbers next afternoon.

If you consider yourselves lucky wherever you may reside, try hitting some of our casino games and perhaps fortune will smile upon you for wins even people from Romford will be envious of.