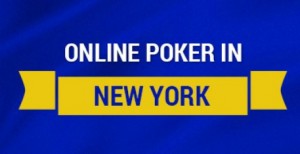 The New York Senate has voted in favour of an online poker bill in what is likely to become a historic expansion of a gambling industry in the state, according to Calvin Ayre.

New York’s constitution prohibits the state from allowing gambling except on state lotteries, horseracing and Legislature-approved casinos, but the proposed bill would get around the prohibition by classifying the online games of Texas Hold-em and Omaha Hold-em as games of skill rather than games of chance.

The Senate passed the bill with 53 votes in favour to 5 against which will now allow 11 racetrack casinos to apply for 11 available licences to hold online poker games. The licences will be available for a period of 10 years and it will cost $10 million that would be applied to a 15% state tax which casinos would owe on their online revenue.

The online poker bill is yet to be approved by the state Assembly, but New York is undeniably on the route to become just the fourth U.S. state to legalize online poker gambling after New Jersey, Delaware and Nevada.

A spokesman for the Assembly Democratic majority Michael Whyland confirmed that the Assembly will discuss the bill before deciding on the vote this week, which is the final week of the legislative session this year.

Should online poker gambling become legal in the state, it is believed that New York’s racetrack casinos would partner with Las Vegas casinos to offer the internet wagering.

Following the bill regarding online poker gambling, the New York state will set its sights on wrestling with another open issue – daily fantasy sports.