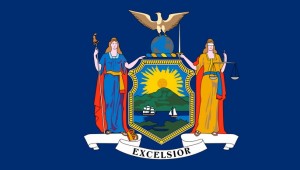 New York's Casino market off to a good start.

The State of New York officially established its own casino industry with the launch of Tioga Downs Casino in Nichols, a town located on the state’s southern border, back in December 2016.

This move soon resulted in the opening of two more casinos – Rivers Casino & Resort in Schenectady and del Lago Resort and Casino in Waterloo.

But the road towards the gambling expansion was a difficult one, since the constitution of the Empire State prohibited such a move. The amendment which made the expansion possible was introduced in 2013.

According to this amendment, signed by Governor Cuomo himself, up to four Las Vegas-style casinos were to be built, and soon, all four licenses were granted. The last license went to Jeff Gural, who transformed Tioga Downs, a former racing venue, into a casino, and was the first to open his doors to customers.

The first estimates were very optimistic, stating the industry could generate a gross gaming revenue of $325 million on a yearly basis. The figures, recently published by the New York State Gaming Commission, have shown the three operational casinos in the state of New York generated $133 million over the period from December 2016 to May 31, 2017.

It is clear that the estimated amount will not be reached by the end of the year, but we can’t say the year wasn’t off to a good start. The positive sides are the stable market growth and a steady demand from the customers – which are trends that will hopefully continue in future.

The longest-running casino in New York generated $34.8 million between December and May, which is a good result since this is the smallest casino in the State.

During the six months period, Nichols-based venue had a total offer of 841 slot machines, 25 table games and 12 poker tables.

Slot machines were the most lucrative gambling services, recording a revenue of $29.5 million. Table games followed, while poker generated $656,989.

Del Lago was launched on February 1 and in only 4 months managed to become the state’s most profitable venue, with the GGR of $52 million. Del Lago is also the largest casino operating in New York, offering 1,989 slot machines, 79 table games and 12 poker tables.

Slot machines brought the most money, $37.3 million – more than 71% of the entire revenue. Table games generated $13.7 million, while poker revenue was little under a million.

February was the most profitable month, generating a revenue of $13.5 million.

Rivers Casino launched its operations a week after del Lago, earning $46.8 million until the end of May.

Slot Machines were the most popular gambling option, with revenue of $19.6 million. Table games were a bit less popular, with $14.8 million, while poker generated $2.2 million, which is the best result in the State when it comes to this family of card games.

March was the most lucrative month for Rivers Casino, during which the venue recorded a total of $13.6 million.