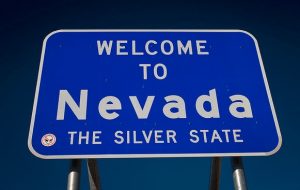 Nevada Casinos finally have something to boast with, for the first time since Great Recession.

Across-state casinos – the total of 273 operating venues – amassed $1 million or more in gambling revenues, which generated income worth nearly $979 million out of total revenues of $25.2 billion in the last fiscal year.

Data published by the Gaming Control Board in their annual report called the Gaming Abstract included over 200 pages of comprehensive analysis which offered revenue results which are a positive break from the net loss of almost $662 million out of $24.6 billion revenues a year before.

The 2016 records are big improvement to numbers shown in fiscal years since 2008 and Great Recessions, and come as just 0.1% downfall from the all-time record in fiscal 2017 – $25.3 million.

Despite the overall positive results, Nevada casinos recorded a gambling revenues drop to 34.2% of the total revenue, which is the lowest percentage ever. It had a lot to do with Nevada steering away from gambling and into the restaurant, retail, entertainment and room rental business.

The aforementioned room rental revenues rose almost 8%, whereas the food revenues also hit a rise of almost 3%, both setting a new revenue peak.

With all of the aforementioned taken into account, it needs to be pointed out that gaming accounted for 42.6% percent of the total revenue, which is a historic low for the Nevada casinos. The total amount of $10.76 billion is another proof that Nevada casino industry is relying less on gaming than it ever has in the past.

The revenue increase reports, however, come hand in hand with Las Vegas Convention and Visitors Authority data which sown that Vegas recorded a record visitation in calendar 2016, for the third time in a row.