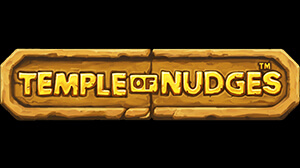 The slot offers a number of potentially lucrative features including symbols stacks, nudges and re-spins.

The Swedish developer of online casino content NetEnt has proudly announced the latest addition to its extensive lineup of video slot games.

Titled Temple of Nudges, this fresh release promises to take players on an exotic adventure set deep in a lush jungle, along with plenty of excitement and numerous chances to grab rewarding prizes.

Get Ready for Action

Temple Nudge has 5 reels and 3 rows and instead of traditional paylines, it offers 243 different ways to win. To make the whole experience even more engaging, the Scandinavian gaming giant has prepared a number of potentially lucrative features, such as symbols stacks, nudges and re-spins. The Nudge feature will especially appeal to players looking to take home big wins, as it will take them deep into the jungle to look for hidden riches.

Whenever the re-spin feature is activated, all symbols of the same type as the winning one will stay on the grid, while other will re-spin, which can lead to even more winning combinations being formed.

A Valuable Addition to the Offering

Commenting on this game, Bryan Upton, the Director of Games at Net Ent, said that nudges were a big favourite with players around the world and with the company too, so that was the reason they had created a game that was all about nudges delivering great wins.

He pointed out that the feeling they had created when combining nudges with the re-spins, giving a chance for even longer nudges, was a pretty powerful one, and added Temple of Nudges would become a great and specifically crafted addition to the company's diverse and deep portfolio.

In addition to launching this game, NetEnt has been really busy with other plans recently. After the renowned gaming company secured its online gaming license in New Jersey, it received the license to offer its games in Pennsylvania as well, expanding its presence in the United States.

You can play the Temple of Nudges slot at NetEnt-powered online casinos.