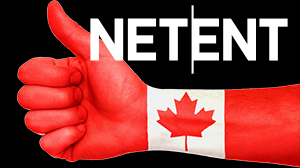 NetEnt To Offer Its Games to Players in Canada

NetEnt will offer its extensive portfolio of video slots to players in British Columbia.

Swedish developer of online gaming content NetEnt has announced an important move which will see the company expand its presence on the North American continent.

NetEnt will now offer its extensive portfolio of video slot games to players in British Columbia, following the successful completion of its technical integration with the British Columbia Lottery Corporation (BCLC) through an agreement with US supplier International Game Technology.

NetEnt's debut in the Canadian market was made possible after all the necessary technical prerequisites were completed in time.

This is a very important step for NetEnt, which been expanding its footprint not only in Europe but also in North America. The renowned developer has recently applied for a gaming license in Pennsylvania, in addition to its current operations in New Jersey.

BCLC, the provincial crown corporation of British Columbia, is one of the members of the World Lottery Association, and that's why NetEnt regards this as a significant milestone in the company's expansion plans.

NetEnt boasts an impressive range of high-quality video slot titles such as Steam Tower, Starburst, Gonzo's Quest, Blood Suckers, and Dead or Alive. But that's not all since its portfolio includes a number of titles based on popular film franchises, including Planet of the Apes and Jumanji. The continued development of new titles is the guarantee for all NetEnt partners that their players will be kept happy and satisfied for years to come.

A Vital Part of NetEnt's Strategy

Commenting on the Canadian market debut, Therese Hillman, Chief Executive Officer at NetEnt said that launching the developer's portfolio of games to players in British Columbia was an important move for the company in its expansion in North America.

She added that entering regulated markets was a vital part of NetEnt's strategy going forward, especially within the WLA segment, and added she was sure the line-up of these exciting games would be much appreciated by BCLC's players.

NetEnt was founded back in 1996, and today represents one of the biggest names in the industry, offering more than 200 games to over 200 leading casinos around the world.