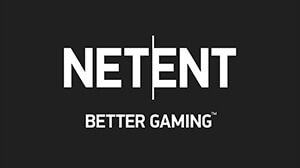 NetEnt has recently published the latest financials for the first three months of this year, revealing valuable information about the way the renowned gaming company is operating at the moment.

Commenting on the results, Therese Hillman, Chief Executive Officer at NetEnt Group, said in the first quarter the company had continued to focus on improvements throughout the organization.

She added the operating margin (EBIT) had been 30.2% but pointed out it was difficult to predict the long-term market dynamics.

Hillman stated that with new investment in upcoming games, live casino, new functionality for customers and players, as well as a strong balance sheet, NetEnt was in a good position to defend increase its market shares.

The firm's earnings per share are now €0.05 before and after dilution, while the latest three-month period was highlighted by the signing of 8 new customer agreements and launch of 9 brand-new customer casinos.

When it comes to milestone moments during Q1, NetEnt signed a contract with Parx Casino in Pennsylvania and launched a number of new games such as Turn Your Fortune while at the same time announcing new Conan and Ozzy Osbourne games.

NetEnt also launched the new Live Casino product titled Perfect Blackjack and, in addition to that, the gaming giant expanded its presence in the US by inking a new deal to deliver games in Pennsylvania, and by getting a permanent license in New Jersey.

The end of the first quarter also gave the company an opportunity to see its results in the re-regulated market in Sweden. The figures say NetEnt's revenues went down by 7% when compared to Q1 2018.

When it comes to plans for the upcoming period, NetEnt revealed it was getting ready to launch its games with Veikkaus in Finland, while increasing its presence in Norway.