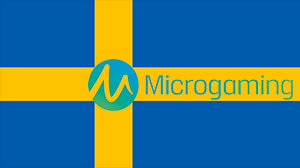 The leading developer of online gaming content Microgaming has kicked off the year with an important move that will see the launch of its live content in a major new jurisdiction.

Following the re-regulation of the Swedish market, the Isle of Man-based giant will offer its high-quality gaming content to customers in this European country.

An Important Move for both Sides

The new regulations in Sweden, introduced by the Swedish Gaming Authority, came into effect on January 1, 2019, and mark the beginning of a new era for gaming in one of the most important markets on the continent.

Microgaming has managed to secure its place in the market by providing support to operators during the licence application process, which took place during 2018 and represented an introduction to the re-regulation of the market.

This support included providing necessary documents and information for operators in order to easily switch to new solutions localised for punters in Sweden.

The new dedicated domain, set up by Microgaming, aims to provide all operators with an offering of the provider's most popular titles, available for both mobile and desktop.

Operators, as well as players, can look forward to a wide array of games, from table games to classic and branded video slots, including such popular releases as Game of Thrones and Immortal Romance. Swedish players will also gain access to Microgaming's progressive jackpot network, which is the largest one in the industry – with nearly €1 billion paid out so far.

The list of operators which will offer Microgaming's content to their customers in Sweden includes PokerStars, Bet365, Leo Vegas, Unibet, Global Gaming, Comeon, Coolbet, Genesis, BWIN and Betsson Group. All of them have already been approved by the Swedish Gaming Authority, while a number of new names will join this list during the year.

According to Microgaming's Chief Operating Officer Andrew Clucas, the company will offer its partners “a fully integrated solution to ensure compliance in line with regulations set by the Swedish Gaming Authority”. Clucas pointed out the move would continue Microgaming's expansion in key regulated markets.

Exciting times are ahead for the new Swedish market, and we hope the implementation will go through as planned.