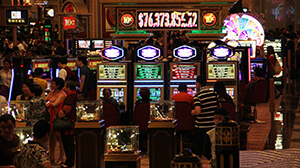 According to Sanford C. Bernstein Ltd, Macau's GGR will record a year-on-year drop between 9% and 12%.

The recent estimates for Macau's gross gaming revenue (GGR), which have been made public recently, are not good news for the Chinese special administrative region.

The forecasts have been made by several different analysts and none of them is looking positive.

Probably the most negative forecast is the one made by the Sanford C. Bernstein Ltd brokerage firm, whose analysis says Macau's GGR will record a year-on-year drop between 9% and 12%. This represents a significant change when compared to the initial forecast, that predicted a decrease of 4%.

The latest forecasts are based on the estimated GGR of $1.28 billion, which is far less than the industry in Macau thought it would be.

Additional factors that were taken into consideration when making these estimates are also the strength of the Chinese credit market, as well as the results from the last year. However, there is some hope for Macau at this moment.

According to the analysts Vitaly Umansky, Eunice Lee and Kelsey Zhu, GGR comps would begin to easy in May. They pointed out that one area of potential high-end GGR stabilization and renewed strength might come from a recovering credit cycle in China, which could support VIP recovery in the second half of the year.

VIP Could Impact the Figures

Nomurra Instinent LLC also updated its estimate, which remained unchanged since the start of April. They predict that daily mass revenues were from 5% to 7% lower on average when compared to March, while VIP hold percentage of around 3.1% and VIP volume growth has remained nearly the same when compared to 5% to 7% in the previous month.

Macau managed to beat expectations in March, losing only 0.4% of its annual gross gaming revenue, although the analysts predicted the region would suffer a drop of 3%. The main factor behind the results in March was an increase in VIP play, which could easily happen this month as well, and significantly impact the number at the end of the month.

Experts believe it will be difficult to predict the situation in Macau until trade relations between the U.S. and China are normalized, as they have a significant impact on Chinese credit used by VIPs.