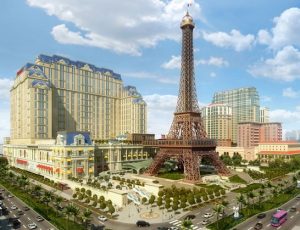 Macau government has granted 150 gaming tables for the Sands China Ltd casino operator, the Reuters have reported on Monday.

Casino industry experts had questioned whether the government would allocate new tables after 150 tables were allowed to Wynn Macau Ltd’s property Wynn Palace which was opened last month, but the $3 billion worth Sands Casino resort is believed to be able to support its revenues in the world’s biggest casino hub with Sands Parisian resort that is due to open on 13 September.

There are some positive news in the Macau gambling scene with the Chinese territory posting its first positive monthly year-over-year growth in more than 24 months.

With 150 tables approved for the new casino, Sands shares saw a rise of 1.4% in morning trading, which is another positive indicator ahead of the highly anticipated opening.

The allocation of new tables for the Parisian casino is spread into three instalments with 100 new table games to be available from the opening and further 25 new tables in 2017. The last portion of additional 25 new tables is due to be allocated in 2018.

In addition to new tables, Parisian casino was also authorised to install 1,600 new slot machines on the casino floor.

The Parisian will have 3,000 hotel rooms and suits, a casino, a retail and a themed water park. One of the highlights of the venue is its half-size replica of the Eiffel Tower featuring a restaurant and observation decks.