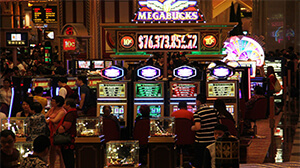 Macao Takes Home More Money in Taxes Than in 2017

Casino operators pay a 35% tax on their gross gaming yield plus an additional 4% for the entire sector.

According to the report, the Macanese government took home more than $8.78 billion in taxes in this period, which represents an increase of 17% when compared to the corresponding period of last year.

This Year's Numbers on the Rise

The Financial Services Bureau reporter revenue of over $10.5 billion during the eight-month period ending on August 31, which is a year-on-year improvement of 15.3%. The current revenue figures come from taxes on income from gaming and Chinese lotteries, horse racing, greyhound racing, instant lotteries and taxes paid on commissions earned by promoters of gambling junket.

Doing business in Macao is costly, with casino operators paying a 35% tax on their gross gaming yield, with an additional 4% for the entire sector.

In the first eight months of 2018, the local gambling industry's total gross gaming yield was a little over $25 billion, which is 17.5% more than in the same period of last year.

Based on this numbers, the Macanese government estimates the gross gaming yield will reach over $28.49 billion by the end of the year, with direct gaming taxes expected to be around $10.21 billion. It should be noted that the government often underestimates the gambling performance in the city, especially since it had already collected nearly 90% of the estimated amount by September.

Recovering from the Typhoon

Thus it's reasonable to expect Macao will reach this amount by the end of 2018.

The latest figures show that gross gambling yield recorded a rise in September, despite the typhoon that rolled through the region. Revenue of $2.72 billion represents an annual increase of 2.8%, although the amount was significantly lower than the forecasts, which predicted the rise could go up to 20%.

Bernstein analysts say that gross gaming yield had been impacted by Typhoon Mangkhut, which led to the closure of all casinos in the city for 33 hours. Although the typhoon didn't cause a significant material damage, it certainly had an impact on revenue.

As the situation returns to normal, analysts predict the final quarter of the year should be in accordance with the earlier estimates.