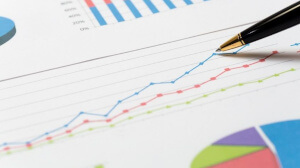 Lithuanian Ministry of Finances posted the latest figures revealing the country's online gambling market enjoyed a strong first half of this year.

According to available figures, this vertical saw its revenue climb to €17.5 million, while land-based gaming also managed to improve its performance when compared to the same period of 2018.

Here are the Details

Remote betting was cited as the main driving force behind the vertical's performance, with all six operators doing business in this Baltic country improving their combined revenue from €8.1 million in H1 2018 to €10.4 million.

The report also revealed that players in Lithuania spent a total of €271.7 million on online gaming, for a win of €254.2 million. That's nearly 7% more spend than in the same period of last year.

Category B gambling games were the leader of the country's land-based market, accounting for €15.5 million of the total revenue recorded during the period. Last year, they brought €15.2 million. Table games were second-placed with €8.6 million in revenue, slightly improving from last year. Sports betting saw its revenue drop by 4.1% to €4.7 million.

The Country's Market Is Maturing

Lithuania launched online gambling back in 2013 and amended in 2016, and at this moment 18 licensed operators are offering their services to customers in this country. The market continues to grow, increasing by around 7% in the last two years alone.

However, enforcement measures are still being adopted, while the one used most frequently is blacklisting, which bans those companies offering illegal online gambling to players in Lithuania. Although this is one of the most unpopular measures, the officials say it's necessary to protect the country's market.

Positive results such as the latest ones are very important as they represent a proof of the market's growth and sustainability.