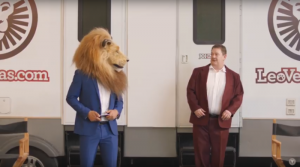 Advertising Standards Authority (ASA) quickly responded to the allegations the new LeoVegas advert on the Daily Mirror website is misleading, by completely banning it.

The ad first appeared online on November 15, promoting a welcome bonus of £1500 for new customers. To be more precise, newcomers were promised up to £1500 and 250 Free Spins to play at LeoVegas' online casino.

Detailed terms and conditions specified the bonus and complementary spins could only be claimed in four instalments, with up to £1500 being available depending on the wager.

But, the ad openly asks whether a customer would like “to be £1500 better off”, which is – according to an unnamed complainant – very much suggesting that the bonus is paid in cash.

In a response, LeoVegas stated the terms of the “loophole” bonus were quite clear, and that the word “cash” hadn't been used in the ad itself. However, the ASA didn't share their view.

British advertising regulator concluded the ad was a bit ambiguous, especially because of the phrase “Would you like to be £1500 better off”, since it hints the possibility the bonus could be claimed in cash.

The ASA emphasized the fact it wasn't clear enough whether the said £1500 were given away in cash or as a bonus.

The ad has been taken off-line, at least in the form that caused the commotion. Whether LeoVegas plans a new campaign, with different ad, is not known at this moment.

Founded in 2011, Sweden-based LeoVegas is today one of the leading providers of online casino services and is present in many competitive markets worldwide. The quality and reputation of the company has been recognized with many prestigious industry awards, with the latest one being “Online Casino Operator of the Year”, received just last month.