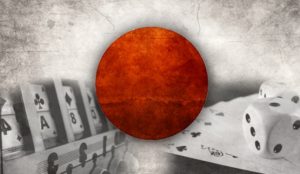 Japanese ruling coalition led by Prime Minister Shinzo Abe saw the gambling legislation go through both chambers of parliament last week and the new law officially came into effect on Monday while sparking a public debate.

The Japanese government will now be able to promote its plan which would include opening the integrated resorts – hotels and entertainment facilities, shopping malls and conference hall within the same establishments as casinos – aimed towards enhancing the revenue from tourism.

The new law has increased public concern over the risk of gambling addiction with the main opposition Democratic Party, Japanese Communist Party, Liberal Party and Social Democratic party all agreeing to submit a no-confidence motion against the Prime Minister Abe’s cabinet earlier this month.

The law was also deemed as threatening to the “dignity of the legislature” as Tokyo-based non-profit groups rally around in protest, in order to alert both society and the government of the potential dangers of the newly-implemented model.

“Politicians claim they are concerned about a rise in gambling addicts. But the current bill is insufficient in resolving those problems and needs to be revised,” president of the Society Concerned about the Gambling Addiction Noriko Tanaka was quoted by Xinhua.

Abe’s gambling law, however, is said to be addiction-aware as government is supposed to prepare additional legislation which would be connected with casino resorts-related problems including gambling addiction and ways to prevent organised crime in the industry.

Japanese government is hoping that the new law will allow country to make a step forward financially and that gambling will aid the flagging economy with a projected casino business revenue worth $40 billion per year.