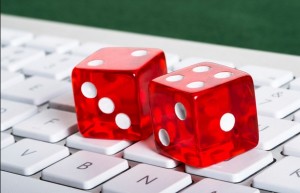 The operation named “Master Bet” that has been performed by the Italian police has unearthed a wide network of illegal online betting operated by criminal organisations with their gaming platform situated in Malta.

The police of Catania have had 107 people interrogated over the fraud worth millions of euros each month, according to the Malta Independent.

Hundreds of people are believed to be involved in a fraud which took place on gaming websites used for illegal betting in Italy. The criminal organisations behind the websites operated without the necessary paper work with their gaming platforms registered in Malta.

The police were able to track down the organisations by monitoring telephone calls and other means of communication. The complex undertaking has resulted in 13 persons being held under arrest as suspect, while other 46 have had their commercial assets seized.

One of the people that are being held is a Francesco Airo, the 37-year-old who was recently arrested for conspiracy in illegal betting activities involving representatives of the Camorra, the notorious Italian mafia group.

The police have revealed that these criminal organisations had even contacted a former Maltese police inspector, who used to work at the financial crimes investigation department and who has recently been arrested by the Maltese authorities on the grounds of involvement in a different illegal activity.

Two criminal organisations were believed to have been operating the illegal betting system and their members’ arrests occurred throughout the country – in Catania, Ragusa, Messina, Trapani, Milano, Naples and Rome.