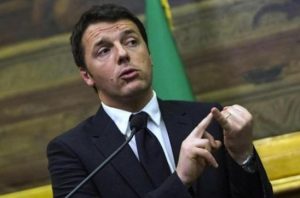 Eyebrows were raised last year on the island of Capri in Italy, when the Mayor of the small tow Anacapri, Francesco Cerotta, announced that this place of just over 6,000 people intends to ban slot machines.

In an unprecedented phenomenon in this European country the citizens had their say on the referendum on the matter and Francesco Cerotta received support to ban slot machines within 150 meters of areas that have been labelled sensitive and inappropriate – schools, churches, tourist beaches etc.

An administrative court in Campania upheld the council’s decision following complaints from various shopkeepers and a revolution started.

Over a year later, Italian Prime Minister Matteo Renzi plans to proceed with the similar plan, but to take it nation-wide as he intends to get rid of millions of slot machines across the country.

In an interview with the local Vita Non Profit magazine, Renzi announced that the government would soon introduce measures that would ban slot machines in newsagents, bars and cafes across the country this showing little regard to one of Italy’s greatest revenue sources.

During 2015 the Italian government raked in over €8 million from slot machines alone.

Still, Renzi has no intention of funding the country’s earthquake recovery by increasing tariffs on gambling and petrol in order to provide enough funds to aid the devastated country.

According to Renzi’s plan, Italy will proceed with plans to completely remove slot machines from restaurants, hotels, beach resorts and shops in addition to limiting their numbers in bars and newsagents.