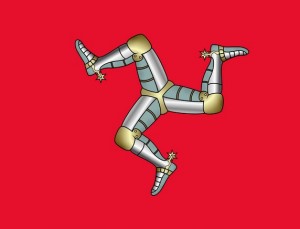 The Isle of Man officials are attempting to upgrade their regulations and gambling laws and are considering implementing virtual currencies such as Bitcoin, Bitcoin News Service has reported.

The Government of the Isle of Man are weighing up regulatory changes through a document that will allow gambling services to accept “digital money” as if they were real cash.

The Gambling Supervision Commission of the Isle of Man would specifically alter the definition of “deposit the money” in order to include “the deposit of something which has a value in money or money’s worth”.

In addition, the Commission has prepared the total of six changes to its current regulations that would be incorporated with a purpose to: (1) allow virtual currencies, (2) to expand the list of services, as well as  (3) voluntary gambling controls,  (4) to clarify the protections required for winnings Commission would deem to be out of scope for protection while the changes would also include the (5) ability to unilaterally accept test certificates issued by another authority and the (6) ability to offset unused portions of licence fees against new licences.

The Isle of Man’s Gambling Supervision Commission proposes changes that are friendly to both online gambling services and digital currency users.

However, the implementation of these changes will be decided, depending upon the responses received from the stakeholders by the end of the consultation period.

“It should be noted that while the suggested changes to legislation in the proposed document are designed to meet the GSC’s policy objectives, the precise legislative changes will be subjected to the approval of the Government’s drafters although any deviation will only be in approach and wording.”, the document reads.

Should all the proposed changes are adopted, then the Isle of Man might end up attracting more and more online gambling businesses across the world willing to register and obtain the license from the Isle of Man instead from another territories.

The Isle of Man plans to change regulations in order to become the preferred gambling destination worldwide.