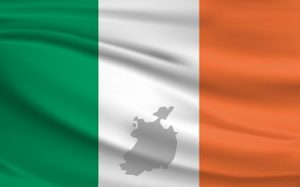 Demand for gambling services, land-based and online, is on the rise in many European countries, with the Republic of Ireland being one of them.

This is not a recent trend, since the demand has been slowly but steadily rising over the past several years. More demand means more operators will come into play, which in turn means the market will grow and so will the need for proper legislative regulations.

Regulating, or to be precise re-regulating, the Irish market is a decade long topic, that has been discussed on several occasions in the country's legislature.

A little or no progress had been made until 2013, when the Gambling Control Bill was introduced. However, the bill is yet to become a law, but it seems this move could be made soon, since the lawmakers are signaling their desire to update the country's outdated regulations.

A Much Needed Update

The first gambling-oriented law in the Republic of Ireland was adopted back in 1931. Betting Act was replaced two and a half decades later with the Gaming and Lotteries Act, which encompassed different other types of gambling services.

It seems the Irish legislators paid no attention to the gambling legislation until 2008, when Casino Committee presented the Regulating Gaming in Ireland report, outlining and suggesting necessary action in order to bring the country's gambling laws into the 21st century and to adjust the regulations to the needs of the modern market.

Taking the next step was a slow process, but still gave results in the form of the Gambling Control Bill, introduced in 2013. The Bill represents a legal framework to regulate the different types of both land-based and online services, while introducing the licensing process which will enable local and foreign-based companies to offer their services to Irish players.

However, the Bill is still far from adoption, but it seems that could change in 2017. David Stanton, the Minister of State for Justice, recently announced the plans to advance the Gambling Control Bill in the Oireachtas (the country’s legislature). Stanton added he was hoping it would be approved by the end of the year.

Bearing in mind the complexity of the new regulations and the time it would take to implement it, the government offered a solution – an interim legislation that will substitute for the actual bill, while its provisions are being discussed.

The General Scheme of the Courts and Civil Law (Miscellaneous Provisions) Bill contains amendments to the Gaming and Lotteries Act from 1956, and it will be in force until the Gambling Control Bill is adopted as a law.

The new legislation is not the only change considered by the Irish government. The country is seriously considering a review of the current betting tax regime, which would be the first change of the Betting Act amended in 2015.

Last week, the Ireland-based operators had the chance to express their views on the current tax policy and to offer suggestions on creating the best possible model for taxation.

One thing is certain – the country is heading towards a much needed modernization of the gambling sector. There is a lot to do, there will sure be issues along the way, but postponing this move will only deal a blow to country's efforts to increase gambling revenue and create a competitive market.