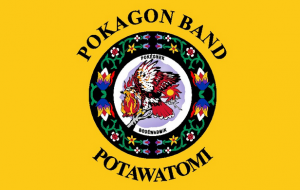 The Bureau of Indian Affairs has given all clear to the Pokagon Band of Iwatobi and their plans to open a casino and hotel on more than 160 acres of land in Indiana.

A conference is expected to be held next week when the Pokagon Band of Powatomi Indians will discuss the decision which has authorized the plan on a $400 million casino resort.

The Pokagon Band of Powatomi Indians first submitted an application to the Bureau of Indian Affairs four years ago requesting that approximately 165.81 acres of land located in the city of South Bend be placed into trust, according to Lawrence Roberts, Principal Deputy Assistant Secretary of Indian Affairs at the United States Department of The Interior.

Lawrence sent the impassioned letter of approval to the Pokagon Band of Iwatobi Indians offering his profound apology for the Federal Government’s treatment of the tribe.

Having the land admitted into trust, the tribe can now focus of uniting the scattered 5,000 people, 34% of which live below the poverty line and 50% don’t even possess health insurance.

The tribe is expecting their casino and hotel plan will help them create a new job opportunities and homes for their people.

New set of government offices, more than 40 houses, new health services and a hotel & casino are supposed to create temporary jobs for more than 140 people and offer in excess of 2,000 permanent job opportunities.

More than $600 million revenue per annum is expected, 2% of which will be funneled into the city of South Bend. Some $5 million is planned to be splashed on local community projects.