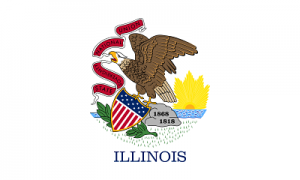 Illinois introduced a bill to legalize online gambling earlier this year, and if the state’s legislature – General Assembly – approves it soon, it could turn to be an extremely lucrative move.

Recently published report, compiled by Chris Grove, one of the leading industry strategists, and commissioned by PlayUSA and Online Poker Report websites, shows that the legalization of iGaming in the Prairie State could generate up to $1.7 billion in revenue within five years.

Solution to an Ongoing Problem

Since the state is in a dire financial situation, any additional revenue will be more than welcome. The state’s budget has been in an impasse for more than two years, and the legislators are desperate to find new sources of income.

The major step towards the legalization of online gambling was made on May 31, when the state’s upper house voted in favour of the bill, which would also regulate daily fantasy sports provision in Illinois.

It should be noted that this bill was originally intended only to regulate daily fantasy sports, but was later amended to include online casino services. After the first step, many expected that the legislators in Springfield would soon vote on the bill, but the state’s legislature officially adjourned on May 31.

However, the legislators decided they would enter a continuous legislative session, as long as necessary. This still leaves us with hope than the bill will be adopted as a law by the end of 2017.

Let us return to Grove’s report for a moment. According to his predictions, Illinois legalized online gambling market could generate a revenue of up to $280 million in the first year.

Grove believes online casino games would account for 83% of the generated revenue, while online poker could bring around $50 million.

Grove’s report also stated that up to 13 licensees could enter Illinois’ market in the first year. Since obtaining the license requires a tax prepayment of $10 million, the state could generate more than $130 million through this deposit. However, the second year could record a significant drop, since no money would come from this source

When it comes to daily fantasy sports, Grove predicts the state could generate revenue of $175 million in the first five years after the legalization, with additional $19 million in taxes.