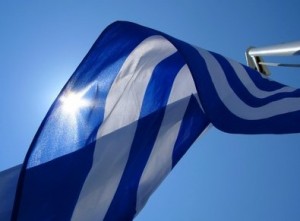 Greece is planning to introduce legislation that will allow the issuing of new online gambling licences in 2016.

The plans were announced by the Deputy Finance Minister Tryfon Alexiadis who believes that Greece could generate up to €500 million per year for the country’s budget as Greece is looking for ways to ensure new revenue streams in difficult financial times.

The government had previously issued 24 licences to online operators in 2011, but those had to be revoked the following year as the Greek government attempted to increase the pre-sale value of former state-owned betting monopoly OPAP.

The Court of Justice of the European Eunion ruled that OPAP monopoly was unlawful back in 2013, but the country’s Syriza government now seeks to introduce new licencing regime for online operators and the new proposals were unveiled last March.

In fact, the restructuring of Greece gaming framework had been outlined as one seven planned reforms by Syriza during the National Election campaign in 2015.

Attempting to revamp its online licencing system, Greece now believe they forged a conclusive regulatory landscape for online gaming that would cost €3 million for a five-year term.

Tax rates for operators are believed to be minimum of €1 million per year, but those licenced would have to serve the Greek consumers with approved payment systems that would be controlled by the Greek Central Bank.

The precise rate of tax is yet to be determined though, while range of products which operators would be able to offer to Greek gamers is also unspecified.