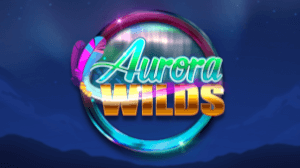 After recently announcing a new partnership with Neon Valley Studios, the leading developer of online casino content, Microgaming, has now proudly introduced the debut game from this independent gaming studio.

The fresh release is titled Aurora Wilds and promises plenty of excitement as it takes players to the enchanting world of the Pacific Northwest. Featuring a standard five-reel three-row layout, with a total of 10 fixed paylines, this game has all that is required to become a smashing hit.

Apart from stunning visuals and a mesmerizing sound, Aurora Wilds boasts several thrilling and, above all, potentially lucrative features, such as the Expanding Wilds, Respins, and the Jackpot Wheel. The game also pays both ways, which can further boost the prizes on offer.

The reels are populated with symbols matching the game's theme, including the Wild symbols, which appears only on the three middle reels. Whenever it makes its appearance, it will expand to cover the entire reels, locking into position and awarding a free respin. A maximum of three successive respin can be grabbed if extra Wilds land while the feature is active.

As we've already pointed out, the game mesmerizing soundtrack will further add to the excitement, amping up when 3 Scatter symbols appear on the grid to activate the Jackpot Wheel feature. Once this feature is unlocked, players are guaranteed to win one of 4 available jackpots, with the biggest one worth 2,000 times the original stake.

An Enchanting Addition to Microgaming's Portfolio

Commenting on the launch of the new game, Brian Perego Senior Creative Technical Designer at Neon Valley Studios said they were delighted to see their first creation go live across Microgaming’s extensive operator network. He pointed out that Aurora Wilds paid homage to one of nature’s most amazing phenomena and was designed to captivate and reward players with fluid gameplay and big jackpots.

James Buchanan Director of Global Operations at Microgaming stated Aurora Wilds was an enchanting addition to the Microgaming portfolio that featured exciting game mechanics with respins and jackpots.

He added the team at Neon Valley had set themselves a high bar with this superb debut slot, which included absorbing visuals and sounds and had excellent win potential.

Microgaming's latest adventure awaits at any of online casinos powered by the Isle of Man-headquartered gaming giant.