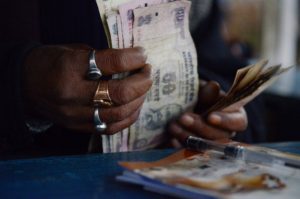 Indian Police have performed an organised action on Sunday which resulted in a bust of an illegal gambling den in the posh part of New Dehli called Sainik Farms, Xinhua News Agency has reported on Monday.

The total of 36 people – many of which were high-end businessmen – have been apprehended after a team of Delhi Police officials raided a farm house to unearth a legal gambling running on an anonymous tip.

The owners of the illegal organisation are also accused of serving alcohol without permit as police also seized 11 luxury vehicles, 23 bottles of foreign-made liquor and gambling chips in an organised action.

“We have also seized 250 packets of playing cards, wheels, spinning balls and other tools used in a casino,” said Ishwar Singh, Deputy Commissioner of Police (South).

Around a two dozen people were engaged in illegal gambling activity on five tables in the casino premises guarded inside and equipped with CCTV cameras.

Sunday’s action was aimed towards the arrest of the owner of the premises Harender Kaushin and his partner believed to be the brains of the gambling operation Kunal Chandra, but the two of the main accused were not on the premises during the raid and are still on the loose.

The arrested gamblers provided little information towards the revealing the whereabouts of the two main suspects as the meetings were set up on the popular chat application WhatsApp where 20 member would them share casino locations.

The group members never added any unknown people in the group while gambling locations and other information about the venues and organization would be decided upon within the group.