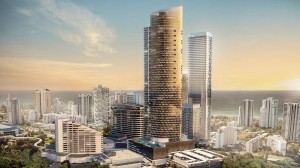 A massive renovation plans have been set in motion aiming to execute a long-term multimillion expansion of the Gold Coast Casino complex in Australia which is expected to be “bigger than Queens Warf” development project the Star Entertainment Group is already working on, according to Brisbane Times.

The Star Entertainment Group announced on Monday that further renovation and expansion plans will include building four new towers that will be added to its existing Jupiters Hotel and Casino Complex refurbishment that is ongoing at the moment.

The current renovation plan includes an overhaul worth A$345 million and the additional A$500 million for the construction of a hotel tower.

Star Entertainment’s Managing Director Mat Bekier said, however, that this gaming operator plans to expand the existing complex significantly as a part of a master plan, significantly bigger than the original six block planned development in Brisbane.

The construction of four more towers is mooted to begin next year which will see the Gold Coast hotel and casino complex expand their potential to more than 3,000 hotel room and luxury apartments.

The Star Entertainment Group have based their idea upon the concept of offering tourists a modern urban experience and different, beach type experience for an overall impression in order to maximise its market share in Queensland, which is becoming increasingly attractive to Chinese players and tourists.

Australian government is aware of the economic potential and has already issued three casino licences for the launch and operation of integrated resort with the intention of making Queensland even more desirable of a destination.

Star are reportedly ready to move their head office to Queensland once the project has begun.

All of our Australian friends will surely enjoy the experience once this ambitious project is completed, but until then they can enjoy in the vast selection of online casino operators offering their services in the country.