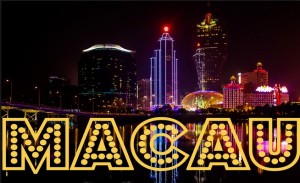 Former business partner of the world’s biggest casino company Las Vegas Sands Corp has been given all clear to proceed with a lawsuit seeking billions in damages for breaking the terms of their former partnership agreement.

The former partner, a company called Asian American, run by Taiwanese businessman Marshal Hao, is asking for just over 70% of Las Vegas Sands’ profits from 2004 to 2022.

Even with future profits out of the equation, the sum would exceed $8 billion just on the reported profits to 2015, according to Reuters.

A Macau court has denied a motion to dismiss the lawsuit filed on March 16 which alleges that Las Vegas Sands Corp run by US billionaire Sheldon Adelson misused trade secrets obtained during the mutual venture.

The company has taken legal steps both in Nevada and in Macau in their effort to stop the suit, but Macau judicial process is likely to rule against the Las Vegas Sands as the case will be brought before court in the coming months.

The partnership between Las Vegas Sands and Asian American began in 2001 in Macau when these companies submitted a bid for a gaming concession.

During the process, Las Vegas Sands switched partners and moved to team up with Hong Kong Galaxy Entertainment winning a licence in the world’s biggest gambling hub over a decade ago.

Asian American claims that their former partners terminated the joint venture and made almost identical bid submission with Galaxy using details that were exclusive to their previous partnership.

Las Vegas Sands are now faced with only one of a number of lawsuits in Macau while the case also comes at a difficult time to gambling revenues in the country, which have slumped to five-year lows due to Chinese anti-corruption campaign and a slower economic growth in the world’s second-largest economy.