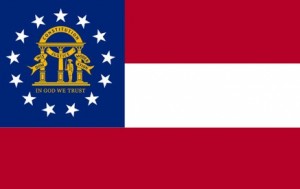 Despite the roadblock that is standing in front of the legislation that would allow up to four casinos to operate around the state of Georgia, even those who are opposing the idea of introducing the casino gambling expect the race to continue.

The House of Representatives failed to get a vote before the key deadline on Monday, but supporters of the casino gambling legislation feel that things are moving in the right direction.

The program is linked to the state lottery and was first developed as a way to provide all-expenses-paid college education for Georgians at public institutions.

However, Georgia’s lottery struggled to keep up with demand and the lawmakers were forced to make changes to the scholarship amounts and eligibility requirements in recent years.

In addition, the opponents to legislation are warning of addiction, crime and other problems they feel will come with gambling. On the other hand, supporters of the bill argue that Georgia is in a good spot since it is pretty isolated and believe that casinos could bring in tourists, which would be economically beneficial.

Introduction of casinos to Georgia would ultimately put pressure on neighboring countries to do the same, but supporters of the legislation are hoping that things will move in the right direction in following weeks and months.

The final decision will, however, not be made in two or three years.

“To be honest, we knew it would be a two- or three-year process,” said Rep. Ron Stephens according to Washington Times.