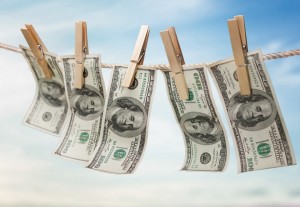 The Bank Secrecy Act conference was an attended affair last week with more than 400 people coming together at the South Point to discuss some of the urgent matters in the casino industry, one of which was what casinos should be doing to prevent being used to disguise the flow of illegal money.

Casino players gathered at the conference presented by the gaming law section of the State Bar Nevada to discuss ways to keep the business safe from money laundering, Vegas Inc. has reported.

Further collaboration between the government and the private sector was discussed as it was concluded that joint efforts could prevent the industry from being used to launder money.

“I hope that’s the direction were headed in”, he said.

The industry is paying great deal of attention to making improvements in anti-money laundering and last week’s conference was just one more step in the right direction. It was concluded that as casinos became increasingly regulated, both sides involved, public and private sector alike, may benefit from enforcing their collaboration.

Another pressing matter was discussed at the conference and those are the challenges casinos are facing as they continue to deal with increasing regulatory pressure. The casino industry is accepting more-regulated state of affairs, but the business still face unique challenges in this cash-driven industry.

As a challenge which affects all casinos, regardless of their size, money-laundering is a universal problem of the industry as one of the biggest cases of late – Caesar’s Palace which was fined $9.5 million in state and federal charges – has revealed.