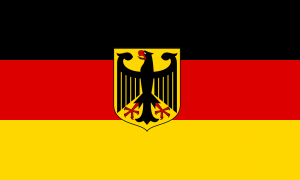 European Commission has a problem with proposed Germany Betting Treaty.

All 16 German federal states were involved in drafting the new treaty on gambling, which was completed back in October, but it seems we won’t see it come into effect just yet.

The treaty dealt with some of the more controversial articles of the previous one, which capped the number of available licences to 20, leaving many of the operators high and dry. This decision was later overruled in court, so the new treaty called for all 35 applicants to receive the temporary permits.

In practice, such move would exclude the federal government from the decision making process, which the EC found to be anti-competitive.

The treaty also recommended the further study of other online gambling markets inside the European Union, in order to gain perspective on current trends and development processes, but the EC called this plan indecisive enough, with no clear view on the mechanisms of consumer protection.

Many parts of the new treaty were viewed by Brussels as incomplete and not effective enough on certain issues.

Is the New Treaty Really Necessary?

The Minister-Presidents of the 16 federal states will meet on March 16 to discuss the provisions of the new treaty and to vote on it. The opinion of the EC is not obligatory but it will definitely influence the outcome of the voting, since the Commission itself has the power to impose certain sanctions on Germany if the treaty is ratified.

But many question the necessity of signing this treaty, since the previous one – approved in 2012 – hasn’t stopped the serving of domestic players. Those against argue the new treaty could lead to a strict reaction of the EC and have costly consequences for the country’s betting revenue. Consequently, this could reflect on the taxes collected from the betting.

Germany collected €307 million in betting taxes last year, which is an increase of 28% when compared to 2015, with the main reason being the Euro 2016 held in France.