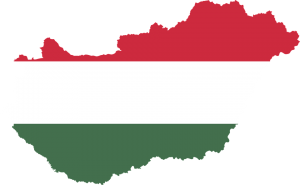 According to the ruling of the European Court of Justice from February this year, the existing gambling laws in Hungary are breaching EU treaties that allow free movements of service and goods across the member states.

The case was brought before the court by Sporting Odds after it received a €11,500 fine for offering its service without a license. The gambling operator filed a complaint with a Hungarian court, which handed the matter over to the Union’s Court of Justice.

The Court ruled the country’s current online gambling legislation was too restrictive and discriminating against foreign-based operators.

Under the existing provisions, all those operators that want to apply for a license must be physically present in Hungary. This means only brick and mortar venues are eligible to receive the license, which makes them the only one who can offer online services to customers across the country.

But being present in the country is not the only requirement stipulated by the current law. All those seeking a license need to have been present in the market for at least a decade. There is a way to bypass this, through a call for tender, but Hungary hasn’t made any since the law was introduced.

Therefore, obtaining a Hungarian license is virtually an impossible mission for anyone wanting to enter this market.

This is the second case brought before the EU Court of Justice against Hungary. The first operator to file a complaint against the country was Unibet, last summer, after receiving a similar fine. The court decided the law was against the EU treaties, but it seems it made no impact on the policy conducted by the Hungarian authorities.

The final decision of the Luxembourg-based court, consisting of 28 judges, was that Hungary should allow foreign-based operators to operate within the country without any restrictions.

The court suggested that the country should take steps towards introducing a new licensing policy since the current one had effectively monopolized the market. It has also suggested the authorities should stop issuing fines to international operators.