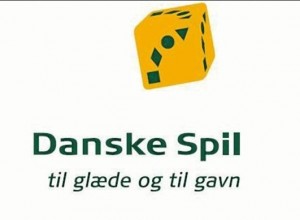 Denmark government is considering the privatization of Danske Spil, the state-owned gambling operator.

Proposals to sell Danske Spil were first mooted after the general election in 2015 but have now resurfaced with the ruling conservative-liberal party Venstre considering the potential sale or break-up of the business.

Venstre’s proposal is believed to be supported by the Peoples Party and Liberal Party and an autumn sale is on the cards, which could raise up to $750 million for the state treasury.

The Government is willing to put online betting, poker and casino business on sale, but to keep the lottery operations under the state wing according to Calvin Ayre.

Opposition parties and politicians claim that the Government is overlooking the fact that Danske Spil is the source of steady annual income the state would be giving up in order to achieve short-term gains. Danske Spil made a profit of $114 million in 2015 and the cabinet members are being called short-sighted in their proposals to sell the business with continually generated revenues.

Critics also argue that putting the country’s leading gambling operators into private hands could lead to a strict chances, including the imposing of betting limits on sharp bettors. Government should instead deal with the restructuring of Denmark’s licensing processes and regulatory framework for online gambling services with aims to have Danish customers playing on licenced businesses and to make Denmark market more appealing to international operators.

Danish government however expects a swift and an easy sale of Danske Spil, which could be finalized within a year.

Danske Spil held a complete gambling monopoly in Denmark until 2012 when the market was opened to international operators.