Cyprus goes ahead with plans to establish its first casino resort 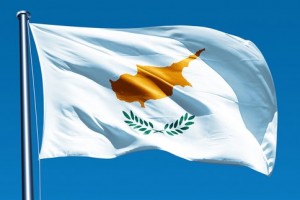 Cyprus’ General Director of the Ministry of Commerce Stelios Himonas asked members of the parliament to approve the final rules and regulations concerning the operations of Cyprus’ first casino resort by the end of next month, reports the Cyprus Weekly.

The approval is necessary in order for Cyprus to begin preparations for the next round of the tender competition in the country’s attempts to establish its first casino resort.

Casino resort is likely to be opened within two years’ time as the Ministry of Commerce, Tourism and Industry estimates that a casino resort could add up to half a million more tourists in Cyprus and create hundreds of job opportunities.

Cyprus is willing to profit from Asian casino operators, who are looking to diversify their dealings outside of China predominantly as the Asian country has recorded its lowest GDP rate with the gambling revenue also suffering a drop of 34.3% for the second year in a row.

Asian operators are willing to take their business elsewhere in order to boost their income and the potential of establishing a casino resort in Cyprus is welcomed as positive idea.

Cuprus government has issued the invitation to submit license interest on September 18th 2015 and it was reported that eight international casino operators have formally submitted their bids in order acquire the exclusive casino license in Cyprus.

The winning bidder will receive a license for 30 years with 15 years’ exclusivity to operate a casino.

Stelios Himonas said that the finals three participants will be required to present the detailed projects to confirm financing and sustainability issues, adding that there will be no discrimination during the selection process.