Crown Resort Staff to be Prosecuted by Chinese Authorities 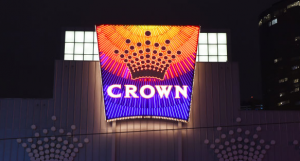 Shockwaves have been sent across the gambling community last month when it was revealed that eighteen employees of Australia’s Crown Resort were detained for organised gambling marketing activities.

Knowing that casino gambling is illegal in mainland China, the Crown Resort staff members – including the head of International VIP team Jason O’Connor – were believed to have been encouraging and/or introducing Chinese citizens to overseas gambling activities.

This practise has been widespread and quite common, despite the fact agents are banned from organising groups of more than 10 Chinese citizens to gamble abroad.

Chinese authorities have displayed a firm stance in fight against illegal activities and their plan of prosecuting the Australians who were detained last month is considered as a strong message of intent and will to deal with organised illegal gambling activities nationwide.

Chinese foreign ministry spokesman has confirmed on Wednesday employees of Crown Resorts would have their cases handled “in accordance with the law”, while refusing to offer any details on the allegations they face.

The BBC reports that the Australian foreign ministry lead by Hon. Julie Bishop MP did receive formal arrest notices from their Chinese counterparts.

Ministry officials have already met the three men to offer advice and support as well as to pass on messages from their families.

“There is an anti-corruption agenda of President Xi Jinping and gambling is one of the areas of interest, so we are subject to the laws of China,” the minister said.

One of the 18 people initially detained had been bailed out, but the fate of the remaining 14 people which are all believed to be Chinese nationals is for now unclear.

Even though it is still unclear what repercussions the Crown Resort staff could face for their illegal actions, according to Chinese law, anyone who “runs a gambling house or makes gambling his profession” can be given a prison sentence of up to three years behind bars.