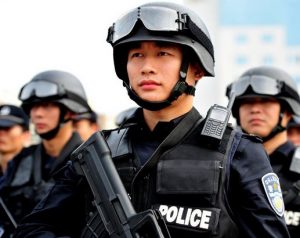 The total of 36 suspects were arrested in a coordinated raid, with 21 of them being brought back from Philippines.

Six gambling sites that took in approximately $48 million since 2015 were closed down by the police in east China’s Jiangsu Province, with authorities seizing computers, cell phones and bank cards from the perpetrators.

The police raid occurred in five cities across the Jiangsu region with the illegal gambling ring basing its servers in Thailand and Hong Kong, while the service and financial staff were based in the Philippines.

The illegal online organisation also had local agents on the ground in China, who are believed to be responsible for reeling in betting clients.

Eleven of the total 36 suspects will be prosecuted by Yangzhou City People’s Procuratorate in Jiangsu.